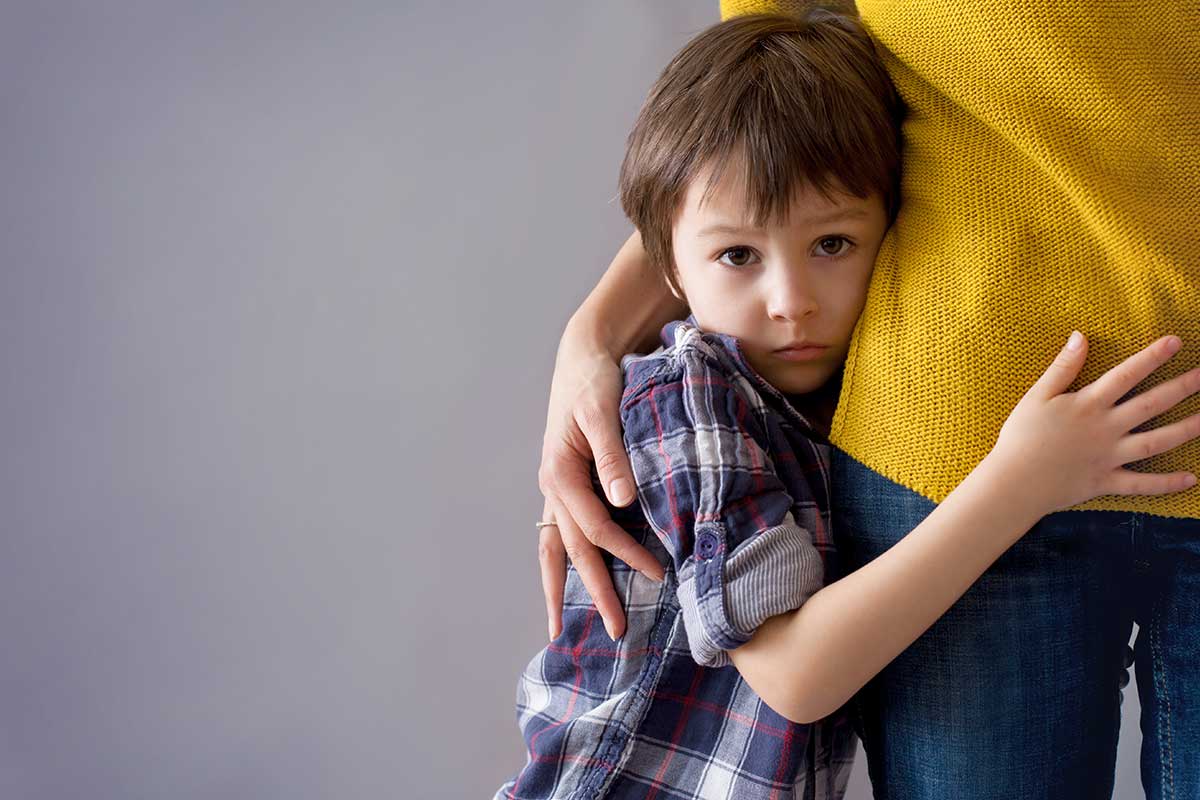 Anxiety in children is often difficult to diagnose because the symptoms overlap with other illnesses, but progress is being made. While millions of kids 17 and younger suffer from anxiety, research continues into evaluating traditional therapy and medication, and the efficacy of newer treatment options including the use of ketamine infusion therapy.

THE SCOPE OF THE PROBLEM

According to the U.S. Centers for Disease Control and Prevention:

ANXIETY IN KIDS AND THE ICEBERG ANALOGY

Doctors and therapists will often use the iceberg analogy when talking about anxiety in kids. Icebergs look beautiful floating in the ocean, their tips reflecting the sun. But what lies beneath the waterline is just as worrisome as whatever you see above it. In a child, anxiety is the tip; behaviors that

are below the waterline are accumulated layers of experiences and emotions:
Difficulty Sleeping

Anxiety and sleep trouble are like the chicken and the egg. Research indicates that anxiety can result in sleep disorders, and chronic sleep interruptions can manifest as anxiety. These are hallmarks of anxiety in
children.

Children who are anxious often perceive a potentially threatening situation as more dangerous than it really is, such as a test in school, or underestimate their own ability to cope with these situations. When kids are overly and chronically worried and feel ill-equipped to handle the anxiety, they feel helpless. Helplessness is an expressway to frustration, dead-ending at a roadblock called anger. Irritability, part of the anger family, shows up in anxious children.

Children who suffer from anxiety often try to take back control for comfort and security, often in peculiar and unexpected ways. Because the child has trouble communicating what is happening, adults often misinterpret the situation as simple defiance – rather than an effort to manage a time where they feel helpless and anxious.

This is an analogy for when an apparently calm person suddenly goes ballistic for no reason. But what has happened is the child has buried anxiety and hurt for so many months or years that a harmless comment or event unexpectedly sends them plowing through a metaphorical chandelier. Such tantrums demonstrate a child unable to communicate about their fear and they try to bury it instead.

Lack of focus is sometimes misdiagnosed as a characteristic solely of attention deficit hyperactivity disorder (ADHD) but also appears in children with anxiety. That does not necessarily mean the child has ADHD. Rather, the conditions have overlapping symptoms. Kids experiencing anxiety often get preoccupied with their own feelings that they cannot recognize what is happening around them.

Kids who try to avoid a person, place or task usually end up dealing with more of whatever they wanted to avoid, like school work or chores around the house. They will have wasted time and energy on avoidance, making it the driver of bigger anxiety than before.

Some children express anxiety by trying to take control through defiance, while others fall victim to overplanning for an event where planning is unnecessary or minimal.

The first step in recovery is to converse with a healthcare professional, such as the child’s primary care doctor or a licensed pediatric therapist, about obtaining an evaluation. Some of the symptoms and signs of depression or anxiety in kids may be created by other conditions, like trauma. Treatment for children normally involves regular psychotherapy sessions, but ketamine infusion therapy has also shown promise for reducing symptoms of anxiety in young children and teen patients.

Like any medication or form of treatment you want to do your own research and speak with a trusted provider on the possible benefits. It’s never a one size fits all approach when you’re treating the symptoms of a mood disorder like anxiety.

If you suspect your child is suffering from anxiety, call your primary care doctor immediately for a consultation. Treatment may include psychotherapy, medication, or possibly ketamine infusion therapy, but none of these options will work unless you take the initiative on your child’s behalf. The condition can be managed with prompt care and compassion.