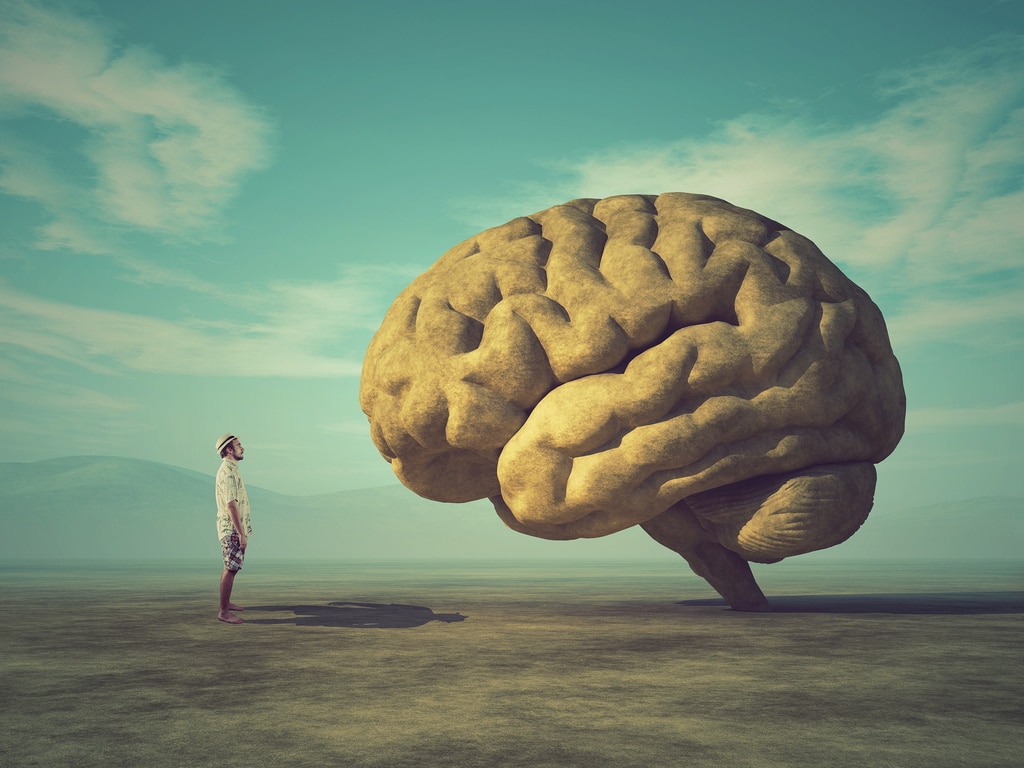 How depression is diagnosed

If you or a loved one suffers from depression, there may be some comfort in knowing you’re not alone, and you’re not any different than the more than 17 million American adults who experience its symptoms every year. Finding a common bond – in symptoms and understanding that mental health disorders aren’t a death sentence – can be a source of strength. Managing depression requires knowledge, resources, and a commitment to finding treatment appropriate for your symptoms. 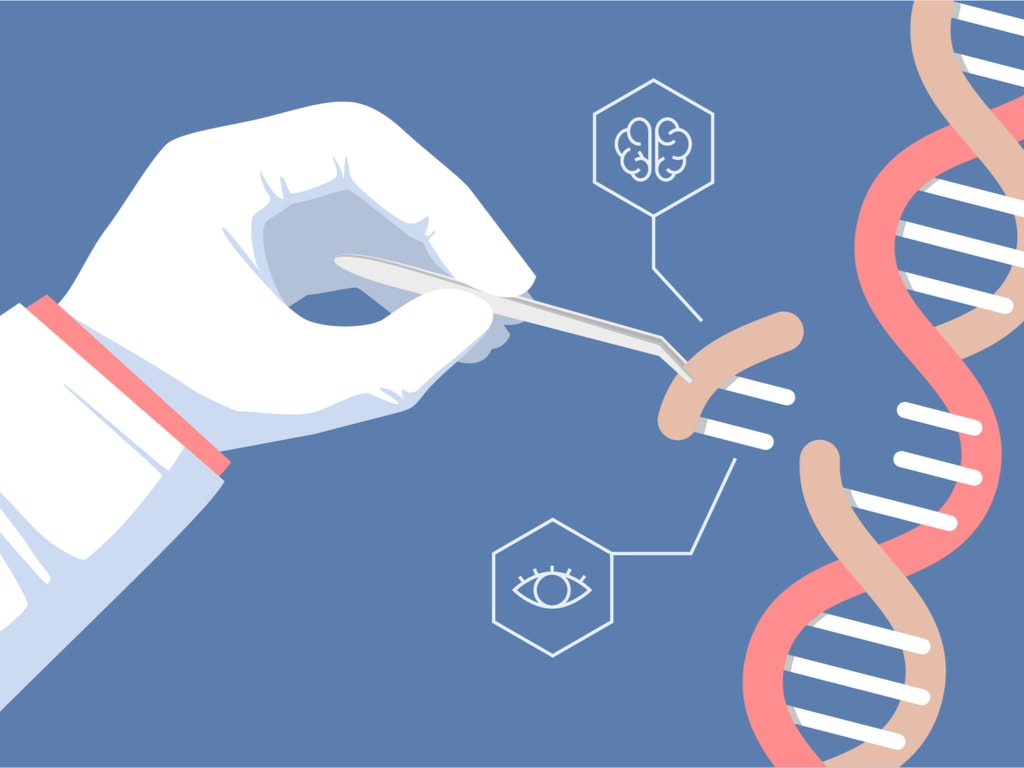 Are depression and anxiety genetic? 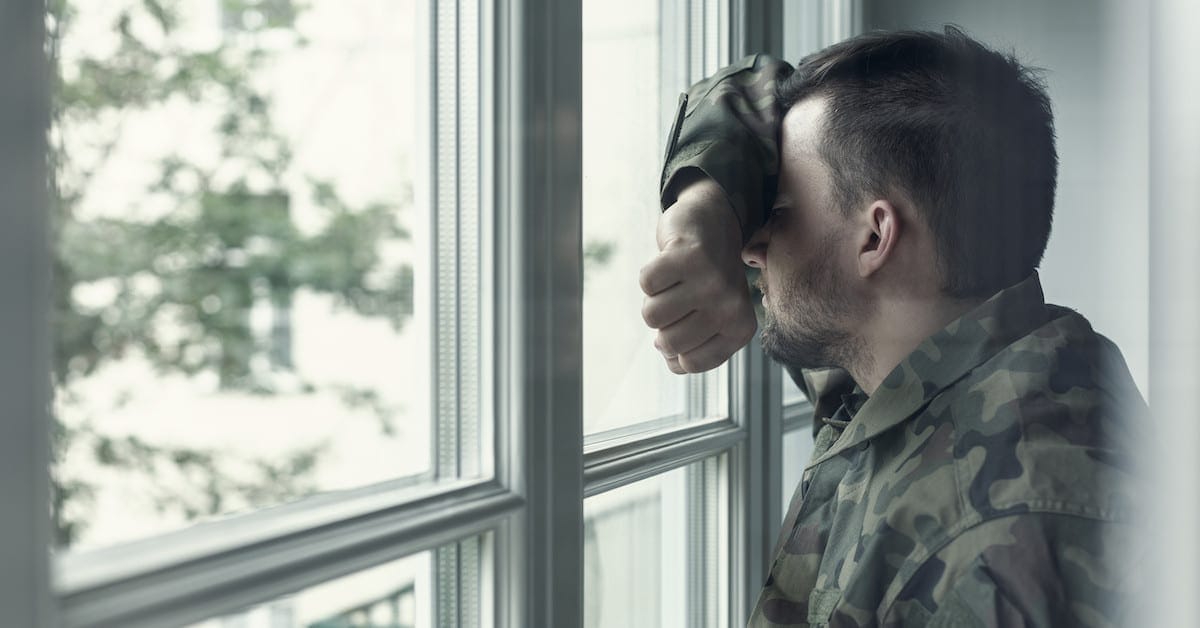 PTSD symptoms may start right away following a traumatic event, or they may not appear until months or years afterward. These symptoms can generally be grouped into four types:

Intrusive memories: a recurrent, unwanted “reliving” of the event through flashbacks, dreams, and/or nightmares; emotional distress or physical reactions when something is a reminder of the traumatic event.

Avoidance: avoiding people, places, or activities that bring reminders of the event.

Negative changes in thinking and mood: negative feelings about self, other people, or the world in general; hopelessness; difficulty maintaining relationships; detachment from family and friends; feeling emotionally numb.

Changes in physical and emotional reactions: being easily frightened or startled; always being “on guard” for danger; trouble sleeping; irritability; angry outbursts or aggressive behavior; self-destructive behavior with alcohol or drug abuse; overwhelming guilt or shame.

PTSD symptoms typically vary in intensity over time. People have “good periods,” and then they have “bad periods.” When the “bad periods” become more common, become intense, and/or disrupt life, it is time to seek help. Getting treatment as soon as possible can help prevent PTSD symptoms from getting worse.

At our Pearland, TX Ketamine Infusion Treatment Center, we offer effective IV Ketamine treatments that can provide relief for patients with PTSD. Ketamine has been used as an aesthetic for over 50 years, and it has been proven effective for the treatment of mood disorders. If PTSD has taken over your life, it is time to get it back. We are pioneers in using ketamine to treat chronic pain, depression, anxiety, and mood disorders like PTSD. You deserve to live a life without the symptoms of PTSD. Contact our clinic today to find your way back to enjoying life again. 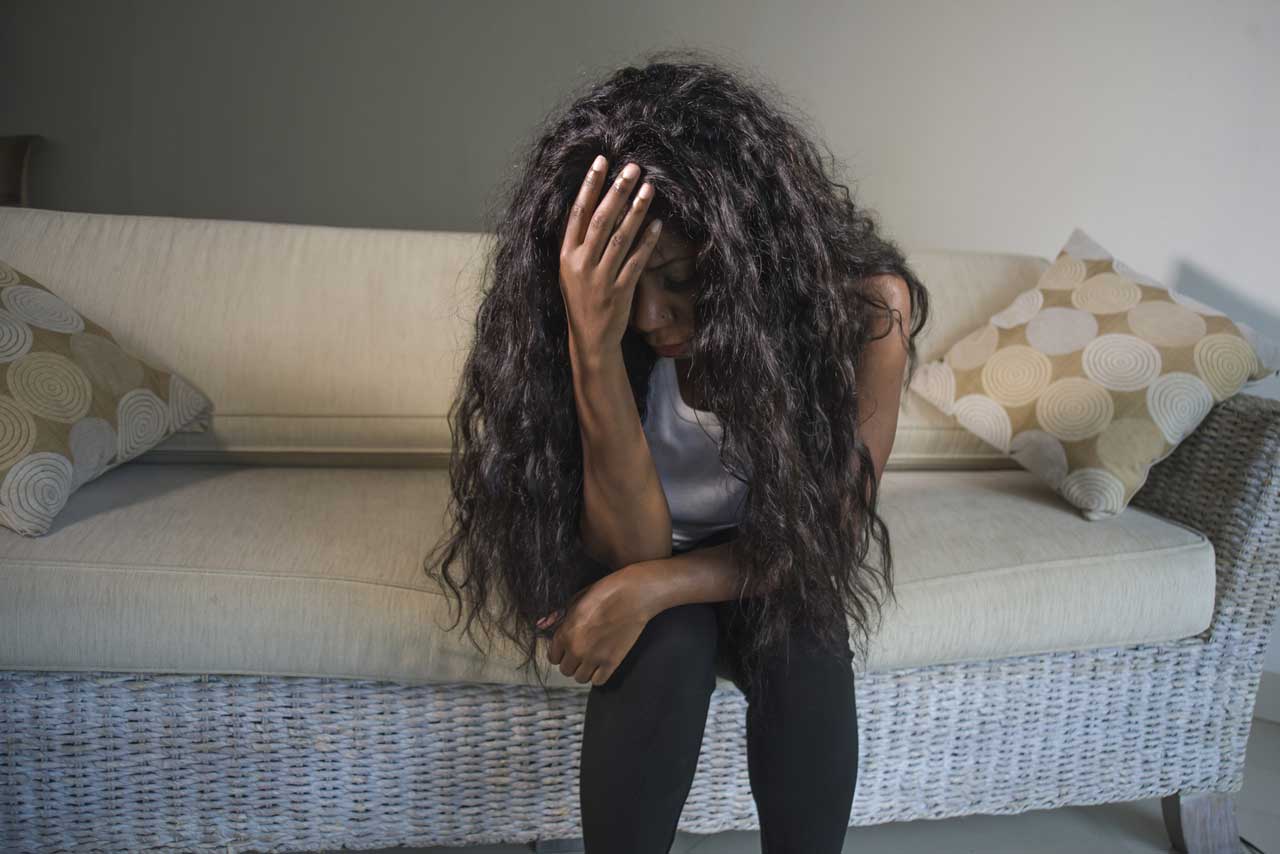 Somewhere around seven percent of the US population, or about seventeen million American adults, suffer from depression each year. Depression may occur only once, but for some, depression typically occurs in episodes where symptoms provide stress for days or weeks at a time. Symptoms may include, but are not limited to:

Not only does depression cause a litany of emotional problems, but many physical symptoms or ailments as well. Adults suffering from depression may be sixty percent more likely to develop heart disease. This can be further complicated by excessive weight gain, sometimes caused by an increase in cravings while depressed. Depression may lead some down a road to alcohol or drug abuse, which then only worsens the symptoms of depression in a vicious cycle. Those suffering from depression may withdraw from social situations with friends and family and isolate themselves. Additionally, many with depression also develop anxiety or panic disorders.

Anxiety disorders take many different forms, such as Agoraphobia (a tendency to avoid situations that may cause you to feel panic), or Social Anxiety Disorder. Most anxiety disorders share some common symptoms, such as: feeling restless or nervous, a sense of impending doom, increased heart rate and breathing, or gastrointestinal problems.

There are many different treatments for anxiety and depression, but many suffering will find that they suffer from treatment-resistant forms of these mental disorders. While SSRIs and other antidepressants may take weeks at a time before the effects start to become noticeable, there are quite a few options that can help relieve your depression and anxiety, sometimes within hours.

How to Find Relief from Treatment-Resistant Depression or Anxiety

An innovative new treatment option, Ketamine is an FDA-approved anesthetic that has been found to provide rapid relief from depression and anxiety when infused at a low dose. The FDA has recently approved Esketamine, a nasal spray comprised of a compound based on Ketamine, for the treatment of depression and other mood disorders. Research indicates that Ketamine stimulates the regrowth of synapses within the brain, essentially rewiring the parts of the brain that may be causing distress. Ketamine is also available as an infusion. Some researchers maintain a 75% success rate when treating those suffering from depression or anxiety with Ketamine Infusions.

Serotonin, known by its scientific name 5-hydroxytryptamine, is a chemical messenger used throughout the brain and blood vessels to transmit messages between nerve cells. While it has many uses in the human body, it is thought to play an important role in the body’s happiness and overall mood, and also regulates sleep and memory.

It is currently unclear how serotonin may contribute to depression, but there are a number of drugs and medications that alter serotonin levels to treat depression or anxiety. SSRIs (Selective Serotonin Reuptake Inhibitors) such as fluoxetine (Prozac) or sertraline (Zoloft) are approved by the FDA for the treatment of depression and anxiety.

Get Outside and Absorb Sunlight

Like the foods listed above, sunlight itself is a great source of serotonin. Research has shown a link between decreased sun exposure and dropping serotonin levels.

A modest amount of direct sunlight can boost the body’s Vitamin D levels and can decrease the risks of cancer.

Fortunately, for those suffering from Agoraphobia, one can buy a lightbox and participate in what’s known as phototherapy. The lightbox simulates natural sunlight to increase serotonin levels in the brain.

While immediate relief is usually not possible with meditation, habitual meditation not only reduces thoughts of depression and anxiety but also allows a person to practice how they react to stress and anxiety.

Research shows that the medial prefrontal cortex (the mPFC) is a key part of how the brain processes anxiety depression. Often referred to as the “Me Center” of the brain, the mPFC is where information about the self is processed. When stressed, the mPFC becomes hyperactive. The amygdala, the part of the brain that is responsible for the fight-or-flight response, often works in tandem with the mPFC to spike the stress hormone cortisol.

Meditation has been found to help break down the connection between the mPFC and the amygdala, which allows a person to better control the stress and anxiety one may be feeling.

Avoid Caffeine as Much as Possible

A 2019 study performed by the National Center for Biotechnology Information suggests that the caffeine from tea and coffee may disrupt important neurotransmitters like dopamine. For those with depression, a drop in dopamine can lower motivation and increase the craving for stimulants.

A heavy intake of caffeine often results in unpleasant side effects such as anxiety, headaches, an increase in blood pressure, or nausea. These symptoms may only further exacerbate depression and anxiety. 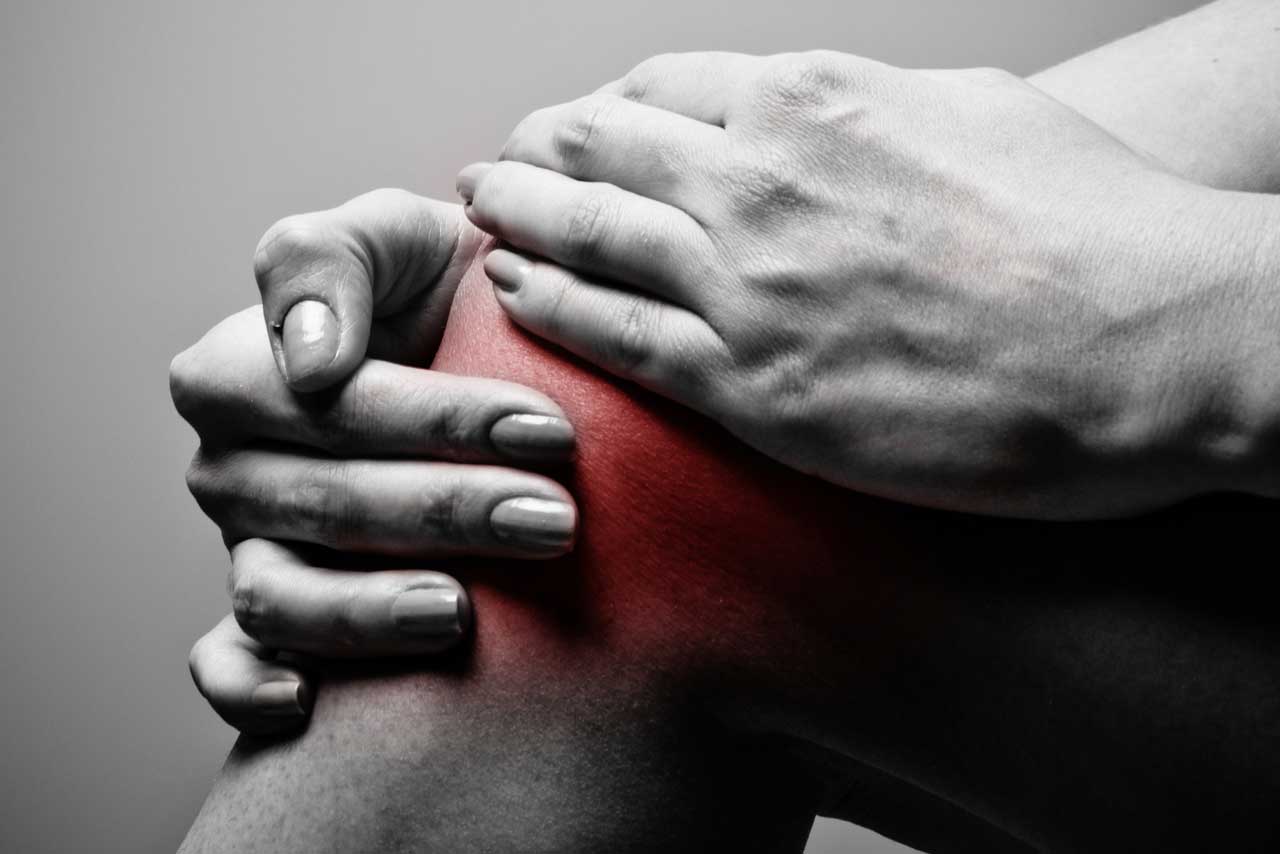 CRPS Types 1 And 2 and How You Can Find Treatment