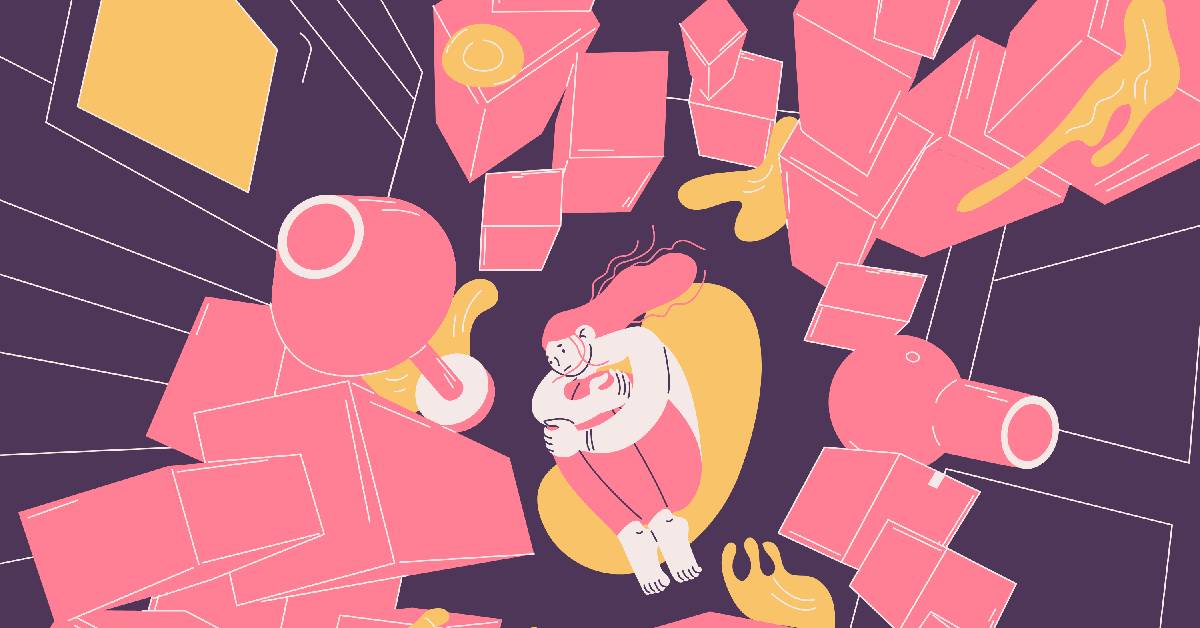 Obsessive-compulsive disorder is a situation where someone has intruding thoughts that compels them to perform certain actions. This mental health condition manifests itself in repeated actions that are sometimes unnecessary.

For example, someone might be stepping out of the house and continuously think that they haven’t locked the door when in fact they have. This repeated doubt can make the action of double-checking the door a ritual.

A common thing with people who suffer from OCD is that when they try to block the intrusive thoughts and overcome the obsession, they have little success. While the condition is usually associated with both obsession and compulsion, experts say that it can be either or both.

Obsessive-compulsive disorder has not been pinned down to a specific cause. However, there are conditions that can contribute to as well as aggravate the condition. Some of these factors include:

Obsessive-compulsive disorder seems to run in some families. When an ancestor has suffered from the condition, somebody in the following generations may be more likely to develop OCD. This is why medical health practitioners would require family history to understand the cause of certain conditions, including OCD.

Abnormalities in the brain and thought process can also lead to OCD. For example, excessive activities in the front part of the brain have been recognized to be a contributing factor to the causes of OCD.

Some environmental factors like trauma, stress, abuse, and even dirtiness can contribute to causing the condition.

People who have experienced life challenges like bullying, neglect, abuse, or bereavement are most likely to develop OCD.

People with underlying health conditions like anxiety, depression, and addiction are prone to developing OCD.

People who are anxious about situations and what can happen next can develop obsessive behaviors. This happens when they perform actions they intend to make them avoid the obsession but only leads to more obsession. Addiction to things or behaviors can also lead to obsession.

Symptoms of obsessive thoughts can include:

Symptoms of compulsion can include:

These obsessions and compulsions may occur to different degrees in different people. Some people experience the condition in their teenage years but it can also occur in adults as well as in childhood years.

People who suffer from the condition usually notice the symptoms gradually, although some have records of sudden occurrences. Obsessive-compulsive disorder can last a lifetime. People can have severe conditions, mild manifestations. Some conditions can be severe to the extent of crippling.

To avoid severe cases of OCD and the possible complications that can arise from untreated cases, it is advisable to seek medical help if early signs of it are noticed. The best approach is to contact a professional healthcare provider to ensure you get the right treatment and advice. Cognitive behavioral therapy is a widely recommended management option.

Self-help is also effective as it involves tracking the triggers and responses to aid avoiding their occurrences in the future. Patients can also learn to resist the compulsions. This calls for self-will and motivation. If done consistently, you will record positive changes in no time, even in cases where the compulsions have become rituals.

Ketamine is also helpful in treating OCD. This modern method provides fast relief from symptoms a few hours after it is administered. The effect of the drug can last for up to two weeks for some patients. This treatment is highly recommended for its efficiency and cost-effectiveness.

Obsessive-compulsive disorder is a condition that can be aggravated by different circumstances including genetics, brain abnormalities, life experiences, underlying conditions, environment and personality traits. However, time and   the condition. Ketamine is helpful in calming the symptoms of OCD and is effective within hours of being used. 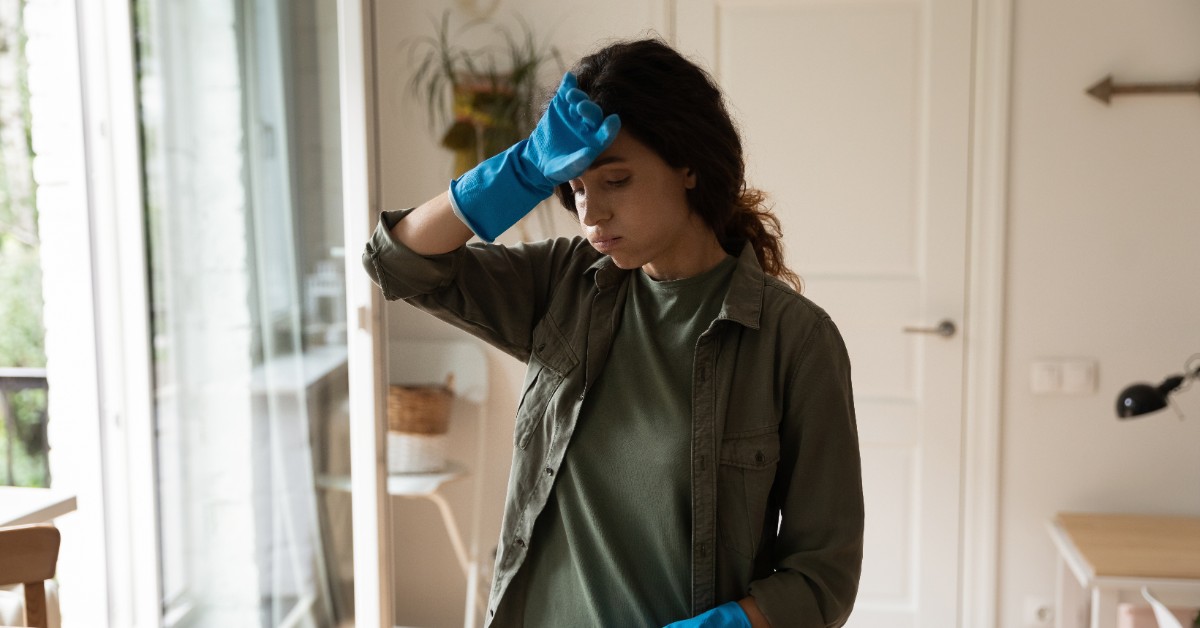 Can OCD Cause Depression?

Of the millions of people with obsessive-compulsive disorder, many are also diagnosed with depression. It’s a double whammy that many are challenged by, and a common question arises as to whether the first is caused by the second.

Obsessive-compulsive disorder (OCD) is mostly known for patterns of unwelcome thoughts and fears (known as obsessions) that force you to perform repetitive behaviors (known as compulsions). Each of these – obsessions and compulsions – can interfere with daily life and lead to significant distress.

Trying to ignore or halt your obsessions isn’t a good idea, as that kind of strategy only boosts distress and anxiety levels. Eventually, you feel compelled to do compulsive acts as stress relief. They’re relentless, even with efforts to ignore or rid yourself of troublesome thoughts or urges. But more ritualistic behavior happens, reinforcing the dangerous cycle of obsessive-compulsive disorder.

Depression (sometimes referred to as clinical depression or major depressive disorder) is a widespread – affecting more than 17 million U.S. adults – but grave mood disorder. For someone with depression, it’s not uncommon for the most severe symptoms to affect how you feel, your thoughts, and how you deal with daily chores like sleeping, eating, or going to school or work. Diagnosis depends on the symptoms being present for two or more weeks.

Typical symptoms may include:

Obsessive-compulsive disorder is one of the most widespread psychological disorders and among the most individually distressing and potentially disabling. OCD can be chaotic for interpersonal relationships, restrict leisure activities and school or work obligations, and generally affect how satisfied you feel about your life. In many cases, OCD is often linked to depression.

Yes, OCD is a depressing issue, and it’s plain to recognize how you could be diagnosed with clinical depression when daily life is filled with unwanted thoughts and urges to perform irrational and excessive behaviors.  Medicine and science tell us this to be true. Studies suggest that 25% to 50% of people with obsessive-compulsive disorder also fit within the diagnostic criteria for a major depressive episode. This includes continually low moods for a few weeks or longer, problems with once-enjoyable activities, self-isolation, having trouble with eating, sleep, intimacy, and more crying, hopelessness, and worthlessness.

People with both conditions may be perplexed, which is understandable. What’s the importance of having depression and OCD together? As it turns out, severe depression significantly interferes with the power of the most successful treatment for obsessive-compulsive disorder – different kinds of psychotherapy such as cognitive-behavioral therapy and, in some cases, ketamine therapy.

If you think you have OCD, depression, or another mental health issue, the first step in getting treatment is to see a healthcare provider for a diagnosis. Determining if you have either condition depends on a physical examination, a psychiatric assessment, and reviewing diagnostic criteria in the Diagnostic and Statistical Manual of Mental Disorders. Either examination aims to discover the cause for your symptoms – such as personal or family mental health issues, illness, a medical condition, thoughts, behavior, or feelings – and decide on different treatment options.

To treat OCD or depression, your healthcare provider will consider many factors which could affect the outcome and present the best course of action. Treatment may include different kinds of psychotherapy, antidepressants or other medicine, diet or lifestyle changes, or even ketamine therapy.